2017: the latest technologies and paradigms of digitalization in R&R Software’s product development

More than 2300 runners took part in the previous, 9th Spuri Balaton Supermaraton competition last year – organizers are confident that this record will be broken this year. The jubilee event will be held from 23rd to 26th of March: the 193.3 kilometer running course will be designated on bicycle-, or bike-friendly roads by the organizers. The weather is expected to be optimal for running, pleasant temperatures of 10 to 18 Celsius can be expected.

“R&R Software – On the long run” team will be participating on the whole race in “4+1” setup: the team’s captain, László Farkas will completes the whole distance individually, while 4-member relay team will be Zsolt Szabó, Miklós Józsa, Péter Pluhár and Zsolt Rozenberszki. 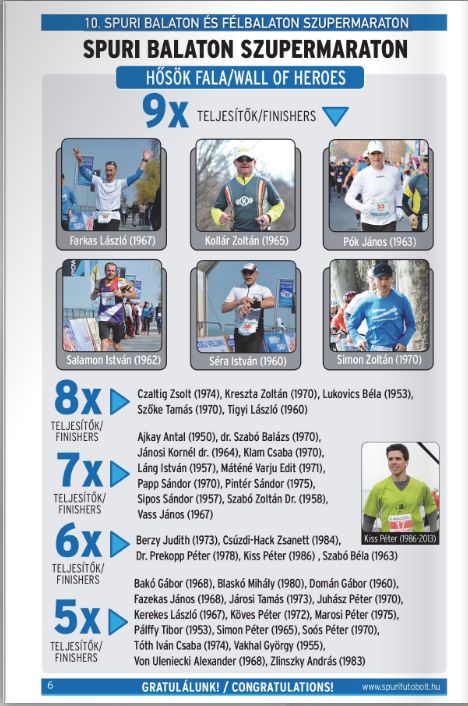 László Farkas – “R&R Software – On the long run” team captain – is competing the tenth time on this event, making it to the Wall of Heroes in the program guide.