The 9th Spuri Balaton Supermarathon took place between the 17th and the 20th of March, with more than 2000 participants. Weather was mostly sunny and pleasant – with bit of wind every now and then – for the 195,4 km long run.

The “R&R Software – On the long run” 4+1 men’s team participated in the Supermarathon for its entire length. The team’s captain, László Farkas completed the entire race individually, while the relay team consisted of the following runners: Attila Csábi, Miklós Józsa, Péter Pluhár and Zsolt Rozenberszki. 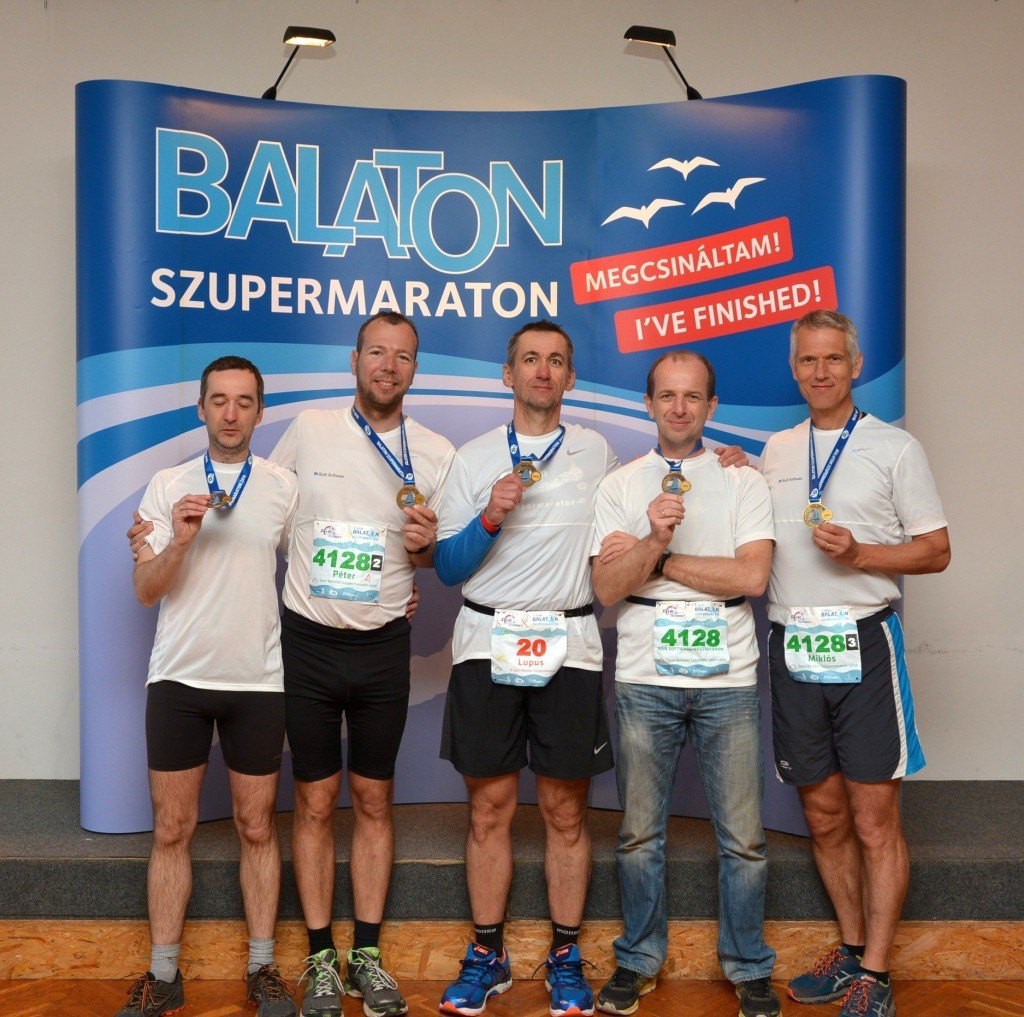 László Farkas, a colleague of R&R Software, and captain of the “R&R Software – On the long run team” was featured on the pages of the latest issue of Spuri Balaton Supermarathon’s Wall of Fame, as he has completed the challenge eight times by the time of its printing.

“R&R Software – On the long run” team was able to keep its position among the middle ranks, and successfully completed the race. The detailed time results and rankings can be looked upon on Futanet.hu. The photos taken at the event can be found in R&R Software’s public Facebook album.

A short video about the race is also available, showcasing three members of the team – Attila Csábi, Miklós Józsa and Péter Pluhár – as they reach the finish line at 2 minutes 55 seconds.

R&R Software is dedicated in supporting its colleagues’ sport activities: the company organizes sport days for them* and their families every year, football games every week; and actively participates in the BTW (Bike To Work) campaign.